A dream of Juggalos

“So … what have you been up to, Kamp? Why haven’t you updated your website?”

I have just sent in my new secret project to my publisher and are waiting for the editing phase to begin. Then I wrote an article for the Horror Writers Association and finally I’ve been working to expand my professional network in the US.

A major interview has just been published on The Horror Tree, and just as it was published and I was about to start a PR campaign on my English pages, my books suddenly disappeared from Amazon. I could get attention, but not translate it to any sales.

And when the weekend finally arrived and I was invited to an important wedding, (no, not the royal one) I was hit by some flu-like infection and went down for the count.

Now, I usually keep notes of my fever dreams for inspiration, but this time they were more weird than morbid.

I kept dreaming that hordes of Juggalos would crawl out from my armpits under the blanket and fill up the whole bed. Which makes no sense. Juggalos are fans of Insane Clown Posse – a band I have never listened to – and they paint themselves as black and white clowns. 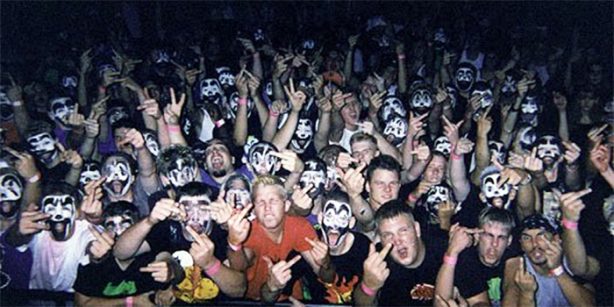 Ok, so it makes a little sense anyway.

So I have been stressed out.

But now I can finally relax and concentrate on the family and my backlog with movies and series that I haven’t seen yet..

Except I should be finishing my spider story. It was supposed to be long done now, but I had to pause it, since the secret project had an approaching deadline.
And I should really be on Instagram.
And I should do something about my YouTube channel that see way too little use.
And I had really planned to translate one more Danish novel during the first months of the year, but now we are in late May.

This entry was posted in Author stuff and tagged Horror Writers Association, Juggalos. Bookmark the permalink.