I have been neglecting my english page here, since my Danish production became really huge. And I have ended 2019 in a very good spot.

It made the bestseller lists in TWO of the major Danish platforms, which is a first for me. Also – it is promoted next to names such as J.K.Rowling and Sigurd Barrett. You might not know Sigurd Barrett, but he is a big deal in Denmark. 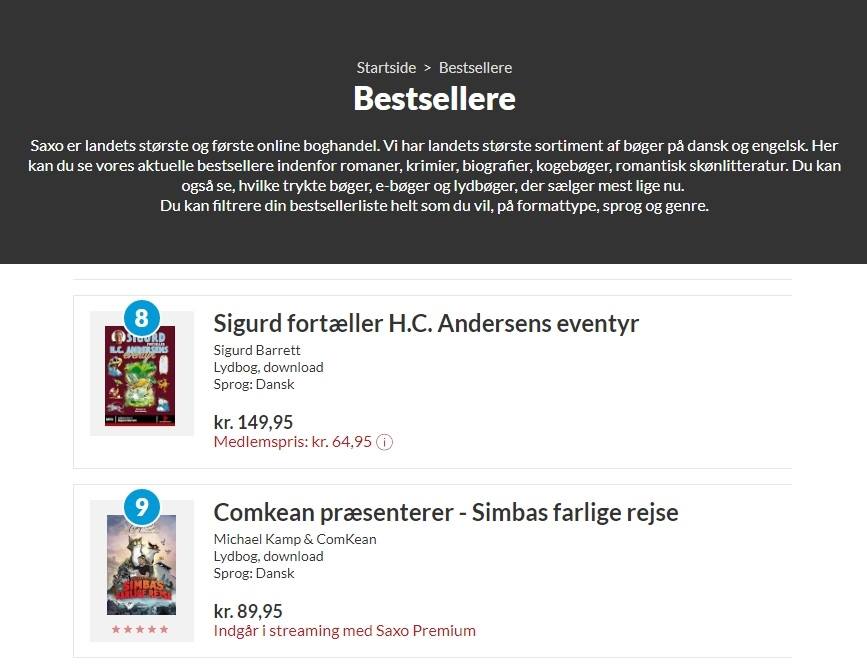 But I’m not done bragging yet 🙂

In Denmark we of course have libraries, but we also have a national digital library for downloading eBooks and Audiobooks.

For the second year running.

That is mind-blowing to me. There are hundreds if not thousands of great titles for children out there, so to top the list not once, but twice in a row is incredible.

And of course Klovn is available in English as well – Clowns – although this version is considered YA. Different cultures marks stories differently I guess. ????

You can check it out on Amazon here: CLOWNS 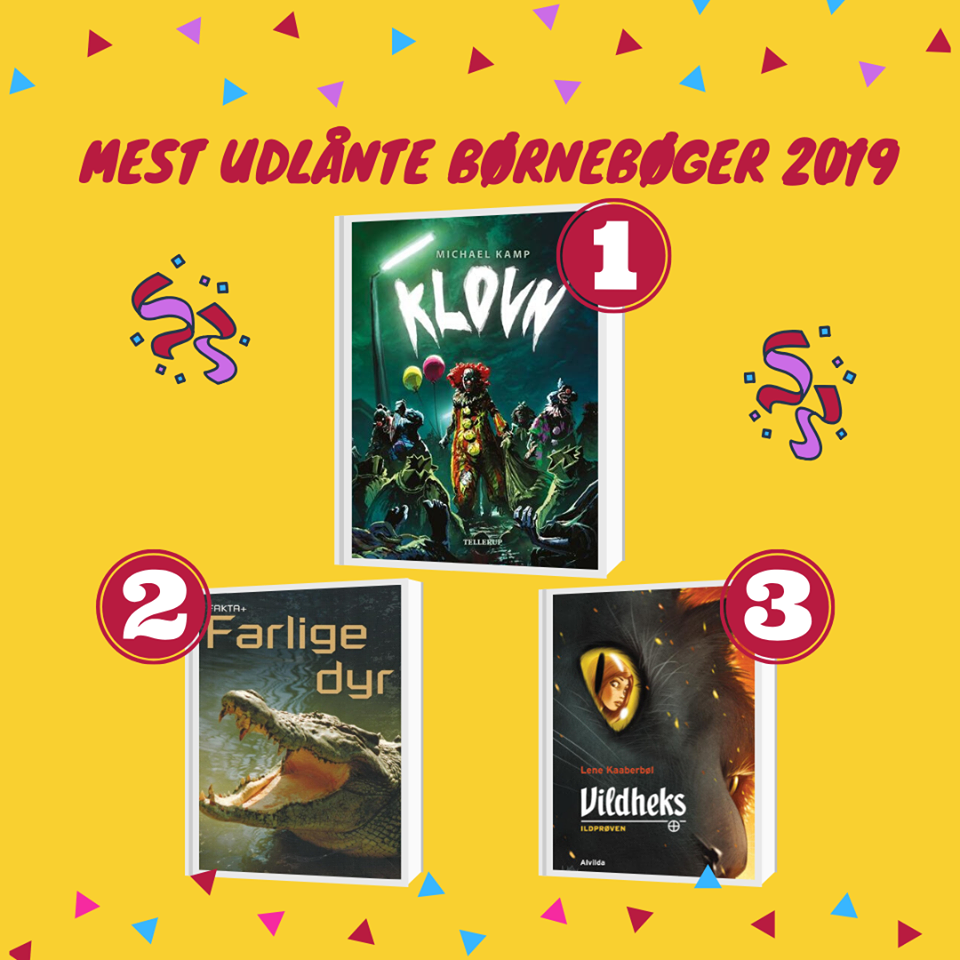 This entry was posted in Author stuff and tagged bestseller, Clowns, Michael Kamp. Bookmark the permalink.