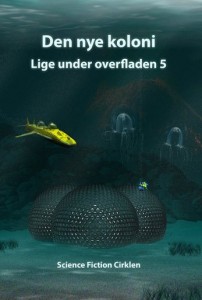 My science fiction short story “Homo Arachnida” was not only accepted in the anthology “Den nye koloni” (The new colony), but now it’s also a nominee for the Danish Niels Klim Award in the catagory best sci-fi short story.

The Niels Klim Award uses the Nebula-rules and the winner will be announced in June.

Homo Arachnida is a horror/sci-fi crossover and I am pleased it has come this far.

The rest of the nominated can be seen here.

This entry was posted in Awards and tagged Homo Arachnida, Niels Klim Award, The Silver Moon. Bookmark the permalink.